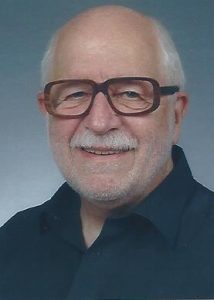 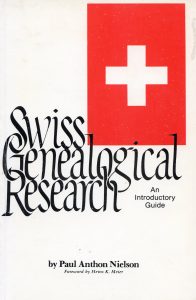 Swiss-Roots.com was founded by Paul-Anthon Nielson. All client research and consulting work is performed directly by Mr. Nielson.

Prior to launching Swiss-Roots.com, he worked as a Research Associate at the Bern State Office of Civil Registration, and as an Academic Research Associate and later as Librarian in the Institute of History at the University of Bern.  Before that, he spent time teaching adult education courses in Genealogy and Paleography in various Swiss cities.  He has contributed to exhibitions at the Bern Historical Museum, and served as Curator for an exhibition at the Swiss National Library.  He authored the book “Swiss Genealogical Research: An Introductory Guide” and has contributed to many other published works.

Since Mr. Nielson’s retirement in 2010, he has continued doing genealogical research for private clients and family organizations. In addition to conducting new research, he utilizes the FamilySearch and Ancestry.com platforms  for verification – and revision/correction – of existing family genealogies.

Mr. Nielson has been based in Switzerland for over 45 years and currently resides in Erlenbach im Simmental.